Al Mennie pioneered several places that today are well known in the big wave surfing scene. How did the passion for the ocean get into your life?
My Dad was a fisherman, he used to work on trawlers as a kid but all his life he fished in his spare time and he taught me and we always had a boat of some description. I was water skiing by the age of 6, surfing by 9. It just felt natural. I found it very exciting and I could think of nothing else that I wanted to do with myself. I was very lucky to have the opportunity to surf and learn about the water from such a young age. I’m very grateful for that.

You were part of the team that arrived in Nazaré, in 2010, to challenge the giant waves of Praia do Norte for the first time. How do you describe this experience?
That was an unusual experience that’s for sure! I have been the first surfer at a lot of different spots, some good, some not particular great but still challenging and requiring plans of action for all sorts of potential scenarios and difficulties. So going to Nazaré to work with Garrett was going to allow me to draw upon my previous experience at new places. I remember Garret Skyping me and asking me to come down to Portugal. I have spent a lot of time in Portugal over the years because my family had a home near Sagres. So I know the country very well but this was to be my first time in Nazaré despite having seen images from there in the old storm rider guide as a kid. Obviously, there wasn’t much information to go on at that time so I didn’t really know what to expect. I remember sitting on the back of the ski as Garrett drove around the big rock (Guilhim) below the lighthouse and into the surf zone. I couldn’t believe the scale. From the cliff I had no idea of scale because no one was out but from the water the waves were gigantic and they seemed so close to the beach even though they weren’t. I could tell that once we went on some big waves and crossed the line of no return, there could be all sorts of things to deal with. I learned very quickly that Nazaré was like nothing else. It can’t even really be compared to anywhere. It’s so unique. The whitewater is super turbulent, the breaking wave has so much volume and the big teepee shape of the waves, all very unique and difficult to explain to an onlooker. Everything there is scaled up. I would consider myself extremely fit. When you get caught at Nazaré and have to swim against the current or run in the sand it takes super fitness. The elements at Praia do Norte are so powerful that on one of the swells we had even rigged up a handle on a rope to swing from a helicopter in a last ditch attempt to save someone in the eventuality that we lost both skis! In a nut shell, after a couple of sessions at Nazaré it was clear that everything from personal fitness to mindset and equipment needed scaled up if there was going to be any serious attempts at riding these gigantic waves. We started using two and three life vests, weighing our boards down with more weight (I used dumbbell weights), I started training with no air. Literally everything was scaled up to meet these super sized waves in the safest way possible.

Stand Up Paddle is also an important part of your quest. You were the first man to cross the Irish Sea, between the Giants Causeway and Scotland, while raising money for a charity project. Does your relationship with the ocean extend to other projects?
Yeah I’m always up to something (laughter) i am very aware of what I have been given by being so close to the sea. Surfing is a massive part or me but it’s a small part of me in a lot of ways too. I think in the next couple of years I will be pushing my involvement with the sea to new depths. In the past couple of years I’ve been working a lot on getting my lifestyle right so that I can have more time to do things and I have a couple of things in the pipeline. When I paddled to Scotland for charity I didn’t really use social media back then, I feel I didn’t raise enough money for them and I can do better so I hope to do that soon!

You’re also a successful writer. Would you like to talk a little about your latest writing project?
Yeah I didn’t ever think I would be a writer! I’ve written 5 books now, two based around surfing, a property book, a self defence book (both under an alias) and now a kids book! I know for a fact my teachers in school would not have expected me to be a writer (laughter) however I recently remembered that I wrote every single day when I was a child. I rarely watched tv, I wrote music, poetry, stories, quotes, thoughts, all sorts of things, so it’s clearly been something I’ve always done so it’s never really stood out to me. The most recent book Confident Kris and to be honest Overcome or Succumb have been so rewarding. To have people write to me and tell me how they have been able to handle something because of my book or that my words have been of use to them and helped them in some way has been truly touching. Surfing is such a selfish sport in a lot of ways and to feel like I turned my experience into something less self centred is a pretty cool feeling. I’m working on some other books at the minute, I’ve got a couple I haven’t finished too. I have two really big projects I’m working on at the minute that have been taking a lot of time but are near completion and then I’m going to get writing again.

It’s well known that you’re not a spotlight searching athlete. And that is very rare in, let’s say, many sports. Any advice for those who are starting their own path in the surf world?
I have a friend who is a business mentor and coach. He once referred to me as internally motivated. I had never heard that before. He explained that lots of people are externally motivated and to be internally motivated is quite rare. I’m sure there are pros and cons to both. I realised he was right about me I’d just never thought about it. I think today with social media it would be much easier to be externally motivated if that was how you were wired. I often find offering advice to people usually falls on deaf ears unless it’s been asked for but if I have one piece of advice for anyone pursuing a path in surfing it is without a doubt do not put all your eggs in one basket. By all means surf, enjoy yourself, travel, see the world but don’t stop educating yourself, gaining experience in other areas of life because without everything else you won’t have the free time or the income to continue surfing as and when you want.

How will “Game Of Thrones” end?
Because Kristopher (Tormund Giantsbane) is such a main character in this series people stoping me in the street is at an all time high! Remember when we were doing the ceremony in the lighthouse and some of the tourists thought I was him? (laughter) 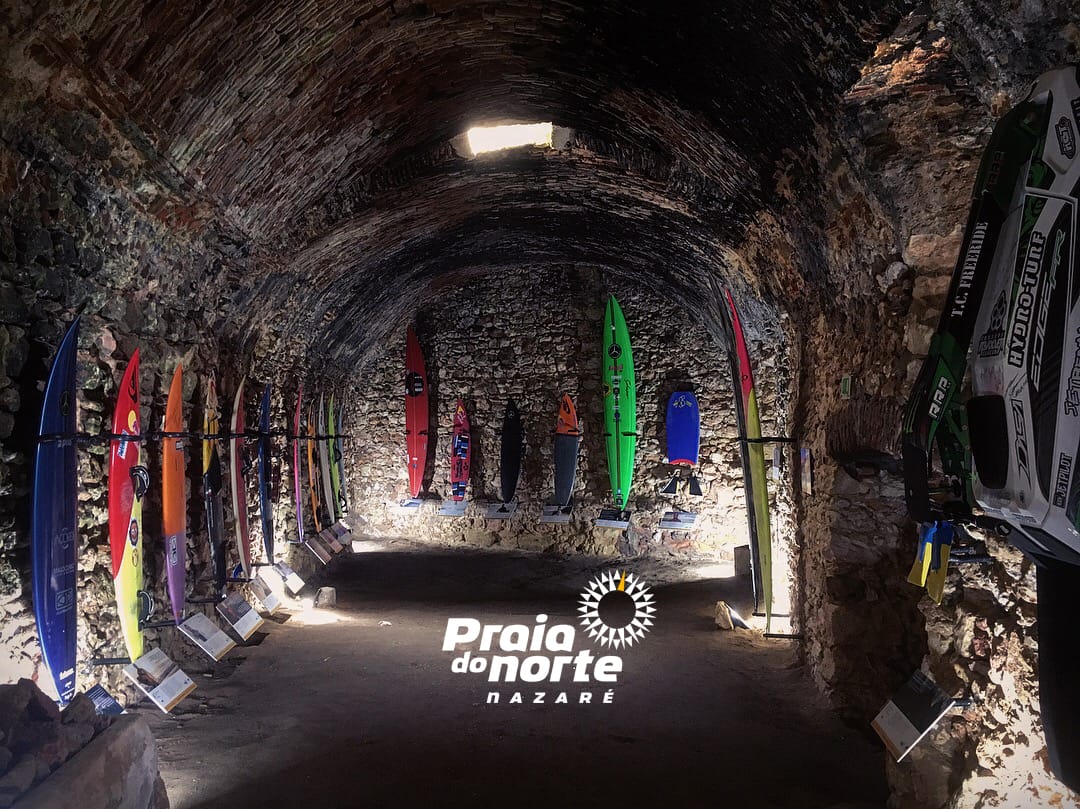